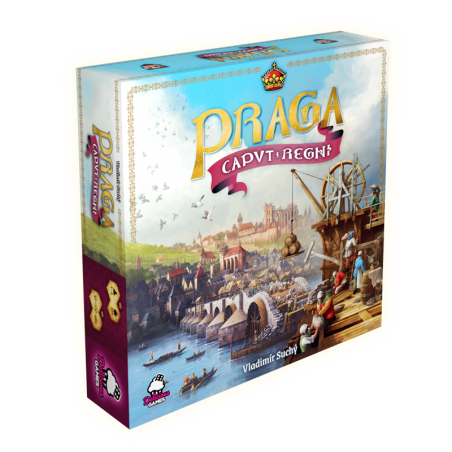 Players take the role of wealthy citizens organizing various building projects in medieval Prague. By expanding their wealth and joining in the construction, they gain favor with the king. Players choose from six actions which are always available, but weighted with a constantly shifting array of costs and benefits. Clever players will discover synergies between carefully timed actions and the rewards from constructing the civic projects. At the end of the game, the winner is the player who most impressed King Charles.