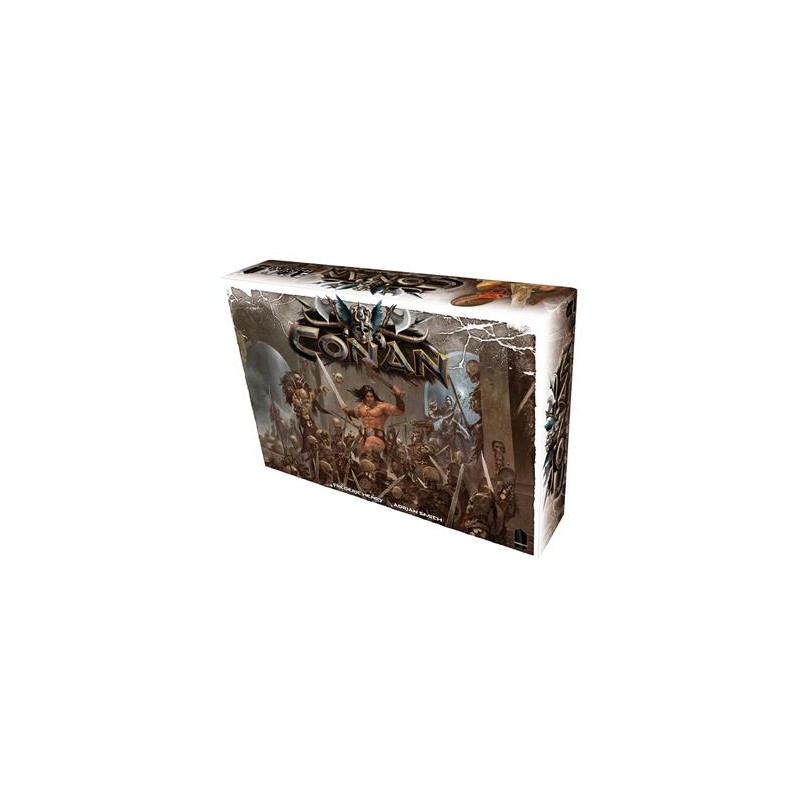 Conan, designed by Fred Henry and based on the Conan universe by Robert E. Howard, is a scenario-based semi-cooperative asymmetric miniatures board game. One player is the Overlord, playing the opposition forces, and the other players (1 to 4) play Conan and his companions: Shevatas the thief, Hadrathus the Priest/Sorcerer, Belit the pirate queen, Valeria the warrior, etc.