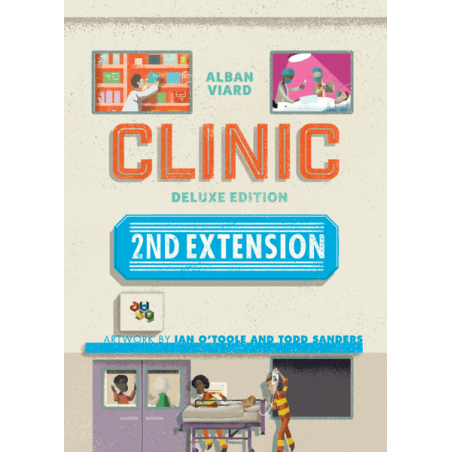 From the game introductionJust as you are finishing a tricky game of Clinic Deluxe Edition, including 6 expansions of The Extension, against your best friends on a Saturday evening, you learn by listening to HeavyCardboard.com, your favorite podcast, that the designer of the game, Alban Viard, has just announced the release of a new salvo of expansions. It contains no fewer than 13 expansions, obviously all compatible and combinable with each other (except where specified otherwise in the rules). You immediately rush to find a copy, which you unearth via your favorite shop or Kickstarter. You start reading the rules, again asking yourself how to integrate all these new parameters, which would raise your Clinic experience to a level of realism never seen before.

You stare groggily for a moment, your gaze swimming vertiginously in the face of this rulebook and its administrative twists and turns, produced by the convolutions of the designer’s brain.

Is this even still a game, or will it end up as demanding as a hard day at the office? 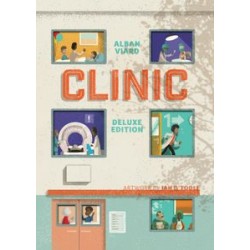 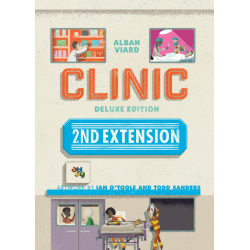