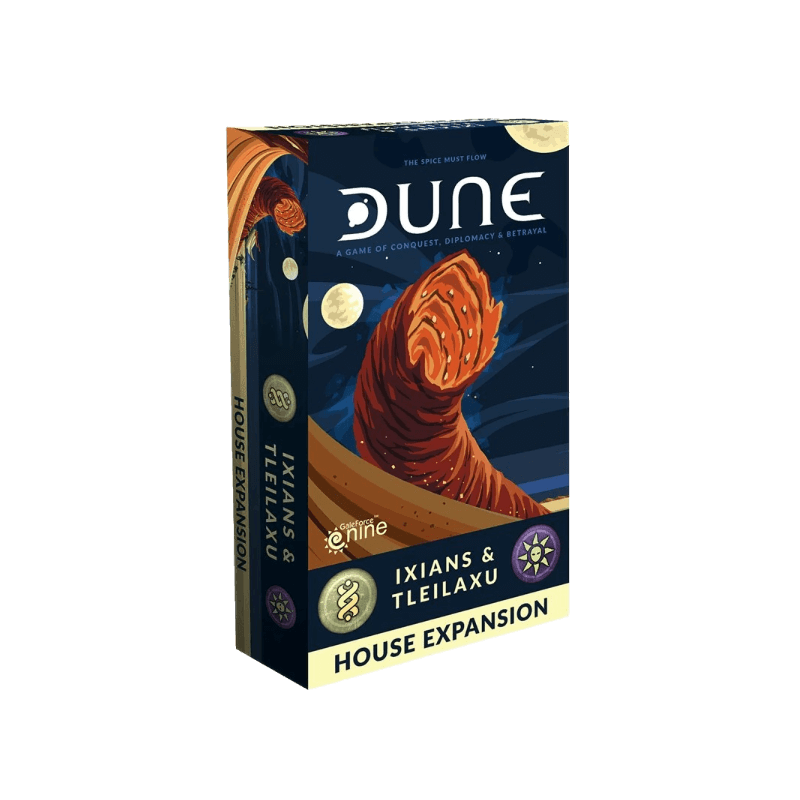 This expansion adds two new factions, the Ixians and the Tleilaxu, to the Dune boardgame.

Tleilaxu: Led by a small council of Tleilaxu Masters - the fanatic, xenophobic Tleilaxu were tolerated because of their useful genetic engineering superiority. Although underestimated and loathed by others, they hoped to someday dominate all.

Ixian: The cyborg, Prince Rhombur of House Vernius, leads the Ixians, masters of manufacturing and technologies only they know how to deploy.

This expansion also introduces new game mechanics to help you gain advantages over your rivals.